Fancy a Nance to relieve depression?

While depression is no joking matter, your mood may improve to know that there are foods such as Nance that have shown promising results in displaying antidepressant-like effects in the brain.

Depression is so common that nearly every person will know of somebody that has suffered from it, in fact, more than 264 million people are affected by depression each year. Most people think of depression as a simple imbalance of chemicals in the brain, however even though the chemicals in the brain are to blame, it is far from a simple imbalance. It’s not about having too little or too much of particular brain chemicals, it has more to do with the regulation of the billions of chemical reactions that take place in your brain which are responsible for how you experience and perceive your life.

You have chemical reactions constantly occurring in your brain as a form of communication to various parts of your brain using your nervous system. Particular types of nerve cells called neurons are used by the nervous system as chemical messengers and are known as neurotransmitters.  The neurotransmitter message exchange system is vital to all of the brain's functions. When depression occurs it is due to the specific neurotransmitters serotonin, norepinephrine or dopamine, being out of balance so proper communication does not occur. This imbalance can be due to various reasons with one of the most common being stress, experts believe stress can suppress the production of new neurons, as well cause damage to existing ones, whereby leading to the symptoms of depression and mood change.

There are many medications, herbs, lifestyle changes and foods that have proven to assist in the different forms of depression, with one of these foods being the little yellow fruit Nance. Historically Nance has been used in Mexican traditional medicine for the treatment of mental-related diseases, and according to recent research, the consumption of Nance can have a protective effect on the neurons in the brain by reducing oxidative damage caused particularly by stress, whereby reducing the signs and symptoms of depression. There are four main compounds found in Nance that are responsible for these antidepressant-like effects and they are the flavonoids rutin, quercetin and hesperidin as well as vitamin C to reduce damage done to neurons and whereby increase neurotransmitter activity and balance in the brain, making us feel happier.

The most common variety on nance fruit you will find here in Bahia de Banderas is the yellow variety. They are best used when fully tree ripened and not picked early to avoid tannins and oxalic acid found in the fruits. They should be bright yellow in color, and look out for blemishes and discolorations on the fruit, and look inside the top to ensure no insects have already started feasting.

I hope you enjoy my recipe I have included below, to drink a little bit of that yellow sunshine and happiness into your body. 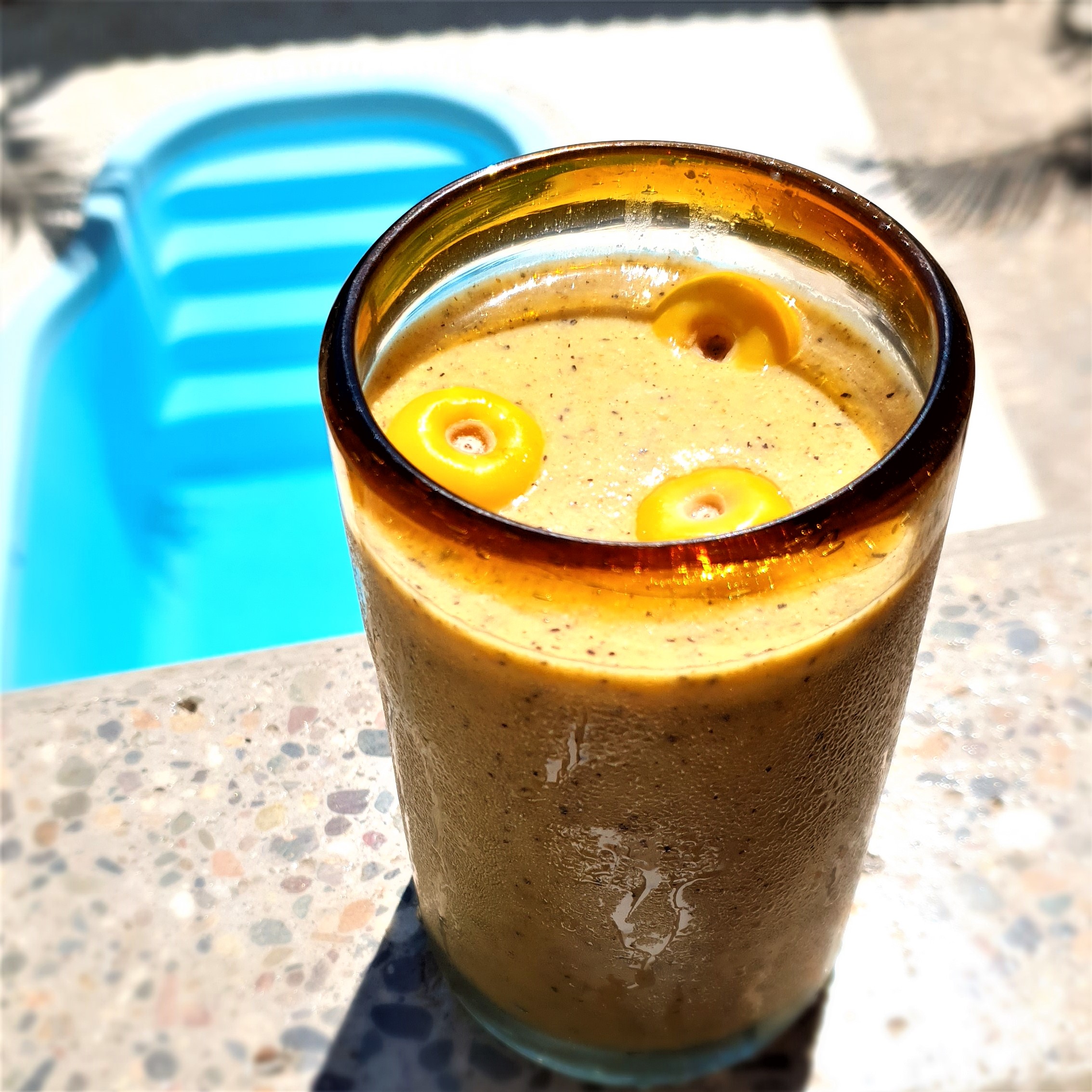 Start by separating the pit from the fruit and placing in a blender. Add in the remaining ingredients passionfruit pulp, water, chia seeds, ice and agave or honey as a sweetener depending on the ripeness of the passionfruit or maracuya you have added. Then blend well. Serve immediately in a large glass, and drink out by the pool enjoying the sunshine!