Diabetes and Nopal, can they lower blood sugar levels

Prickly Pear Cacti, Mexican Cactus Paddles or Nopal are all the same thing with different names. This slimy vegetable does more than just taste great in tacos, they can also help to lower blood sugar levels.

Nopal has been used in traditional Mexican medicine for many years for treating diabetes, and more research is indicating why this is to be true. In some cases nopal has been shown to decrease blood glucose levels in type 2 diabetics by up to 46%.

Diabetes occurs when blood sugars levels get too high for too long.  Your blood sugars come mainly from the food you eat, your body breaks down the food into glucose and sends it to your blood steam, as the main source of energy and is the fuel for your body to operate on a daily basis. This glucose is escorted by a hormone called Insulin that is made by your pancreas, and enters into your cells so that they can be used for energy right away or stored for use later. Without Insulin the glucose cannot enter and feed your cells energy, think of Insulin like the key, without it you cannot enter. When type 2 diabetes occurs, it is because the body either doesn’t make enough Insulin for the amount of glucose produced, or the Insulin does not do its job correctly and fails to open the cell doors to allow the glucose to enter. This leads to too much glucose floating around in the body and not reaching the cells, if this continues to happen for too long, damage can occur to the vessels that supply blood to vital organs, whereby increasing the risk of heart disease and stroke, kidney disease, vision problems, as well as nerve problems.

Several studies have shown that Nopal has a low glycemic index (GI) and has the ability to lower high blood glucose levels in type 2 diabetics, preventing blood sugar peaks after meals, as well as increasing the antioxidant activity for those who consume this vegetable. The beneficial effects of Nopal are due to specific compounds found within the vegetable that make the vegetable low GI, and release sugars slowly and steadily into the blood steam.

How to pick the best Nopal; Choose cactus paddles that are small, as they are more tender, and that are flexible but not soft, they should be able to bend a little but not too much. Cook up and add with eggs, tacos, grill, soup, salad, with cheese. Or try this Nopal salsa recipe that is vegan, low-carb, high-fiber and great for blood glucose stability. 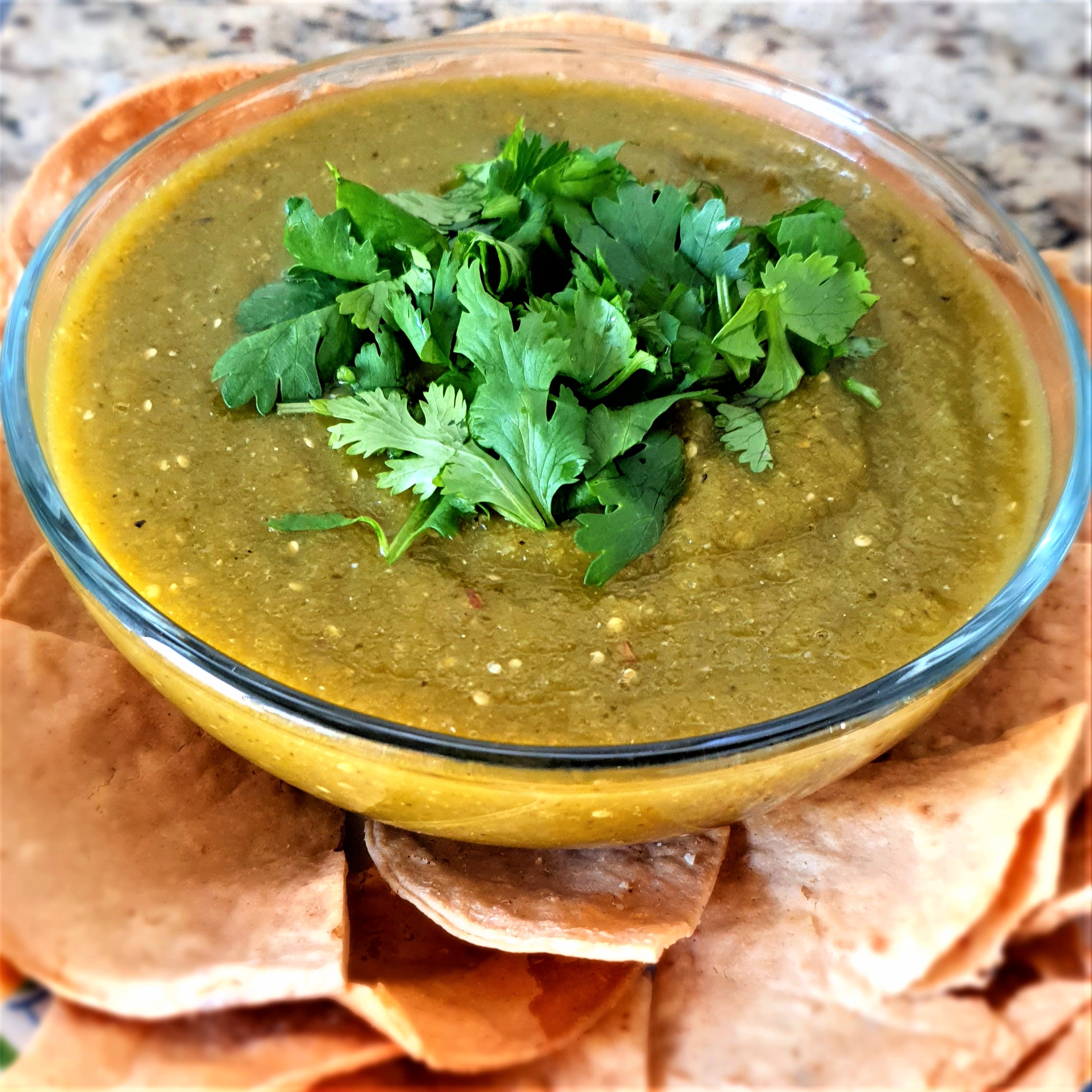 Remove the husks from the tomatillos and boil in a pot of water for five minutes, until they soften and change color, drain the tomatillos. In the meantime slightly dry blacken the chilies – poblano, jalapeno and serrano peppers. Turn off the heat and leave the poblano in the pan for a few minutes covered to soften the skin for removal. Remove the skin of the poblano only, remove the stem and leave the seeds if you like it spicy, and add all the chilies and tomatillos in a food processor. Remove the spines from the nopal (or buy already removed) and roughly chop them into pieces and place into boiling water for 2 minutes. Drain and rinse the nopales under cold water and add to the food processor, along with the tomatillos, chilies, onion and garlic, blend well. Place blended ingredients into a pot and add in the lime juice, vinegar, and seasonings, and bring to a simmer for 5 minutes. Let cool to use as a dip with tortilla chips, or keep warm to add as a side with your favorite dish. Don’t forget to top with cilantro.  Enjoy!